The Typhoon ballistic missile nuclear-powered (SSBN) submarines are the largest submarines ever to be built. They were constructed at the Severodvinsk Shipyard, on the White Sea near Archangel.
The first of the six members of the class to be commissioned was TK 208 in 1981, followed by TK 202 in 1983, TK 12 in 1984, TK 13 in 1985, TK 17 in 1987 and TK 20 in 1989. The submarines were stationed with the Russian Northern Fleet at Litsa Guba. 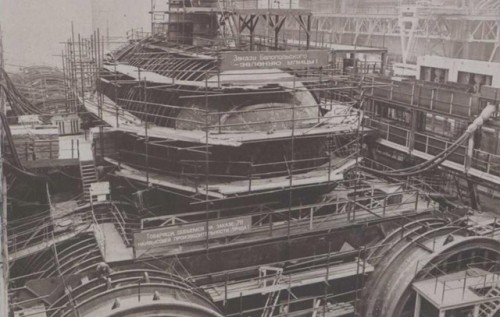 The construction of the Typhoon class top-Pressure Shell 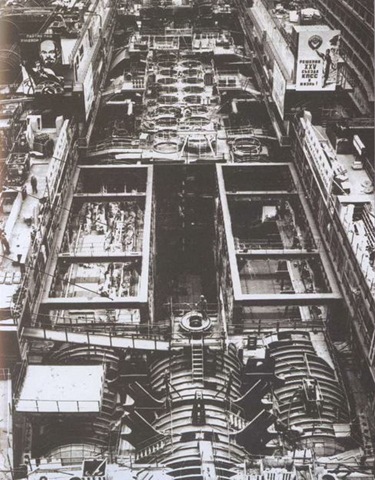 Lenin's slogan on both sides of dock 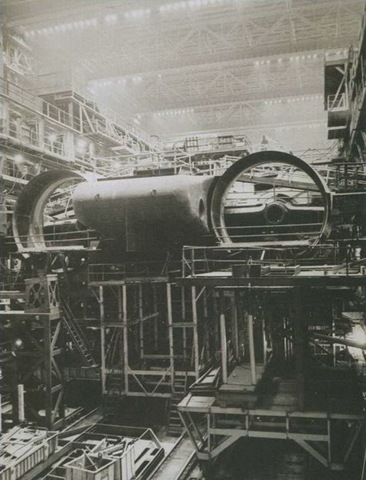 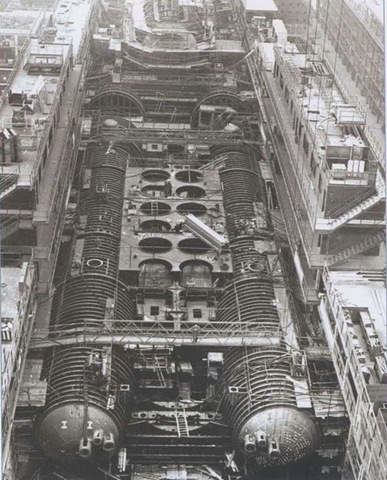 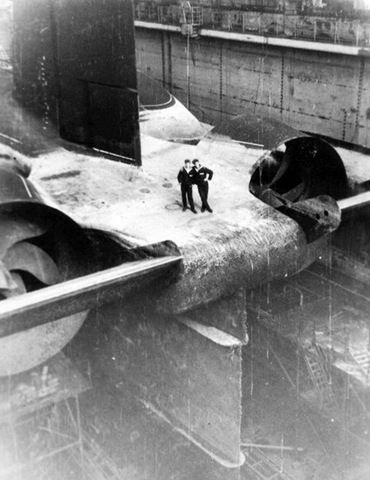 Two sailors standing on the tail